The weather cooperated (finally) for our Dock Party on the 17th of July.  A great crowd brought lots of tasty dishes to share and a good time was had by all.

Roy Guay, our Offshore Chair, was greeted with a standing ovation at the Award Ceremony for the New England Solo Twin as he marked 20 years of running the race.  Thanks for your dedication, Roy!

The Mayor of Newport joined Michael Barszcz Junior Sailing Chair and me for a ride out to see our Marine Adventure Campers in action.  With Ryan at the helm of Patience, providing details on how the camp runs, Mayor Napolitano was impressed.  It was a beautiful day and a good opportunity to share with the City some of what we offer to the community.

We also touched on the outreach provided to the students of the Newport Community School.  Our General Manager Rudy Borgueta took multiple groups out for harbor tours accompanied by tutorials regarding the Marine Industry and Trades.  Your time was much appreciated Rudy.

We dodged a bullet with tropical storm/ briefly Hurricane Henri but due to uncertain conditions, the Dance Party had to be postponed.  New date TBD.  I know the entertainment Committee put a lot of effort into planning this event.  Please sign up for the September 4 Texas Barbeque by Wednesday August 25.

SUMMER LEARNING AT NYC WITH THE NEWPORT COMMUNITY SCHOOL

Students from the summer learning program of the Newport Community School visited the Newport Yacht Club to learn about Narragansett Bay and the career opportunities and jobs available with the various marine businesses in Newport.  Rudy took the students out in the launch and the students were able to enjoy a first-hand look at our working waterfront. 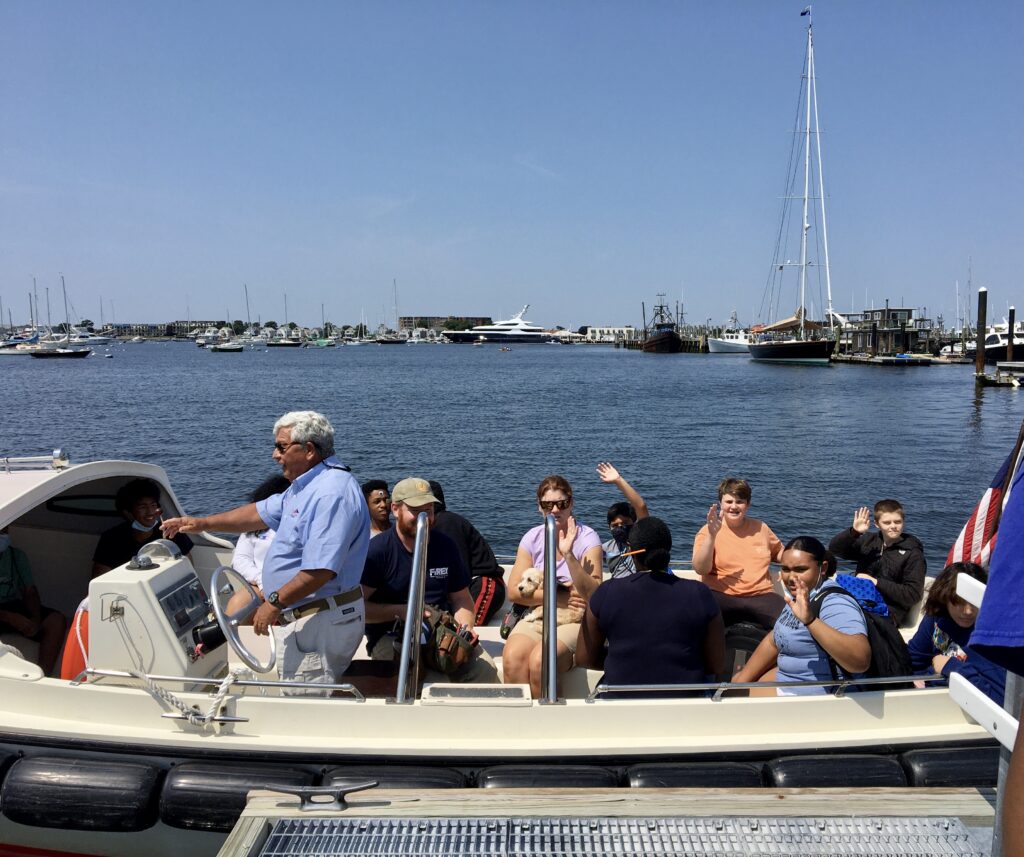 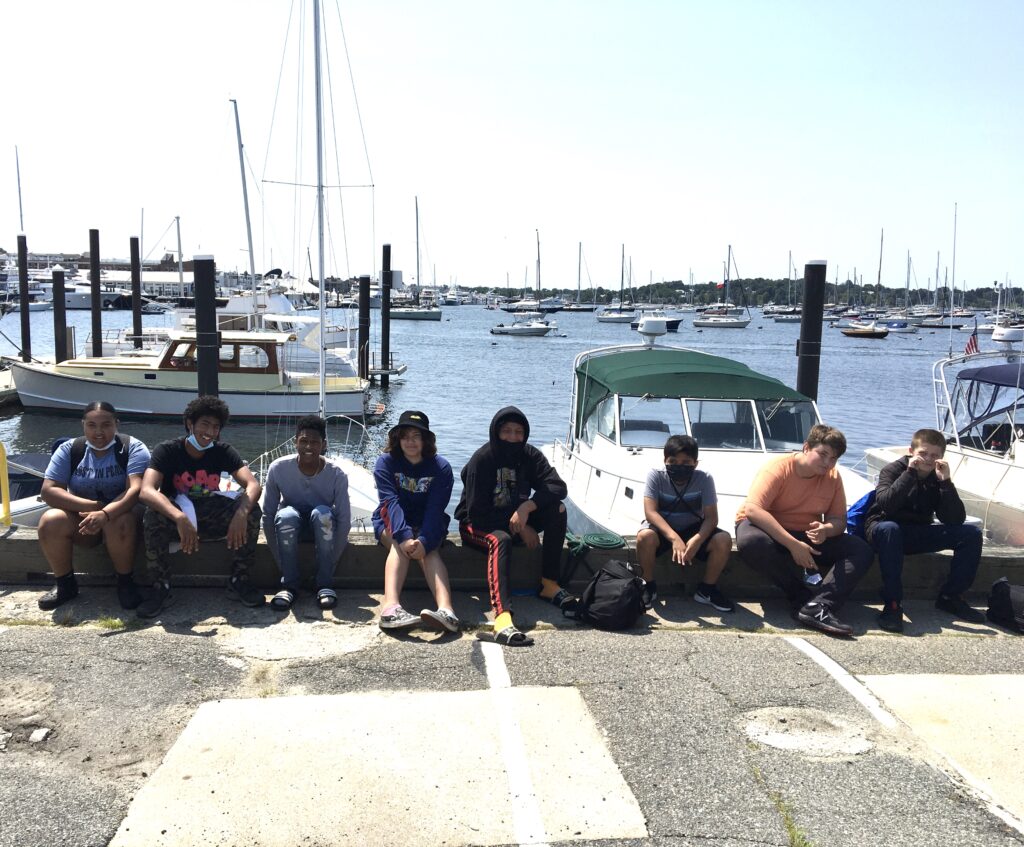 The General Manager Rudy and staff of the Newport Yacht Club for putting up with us.

Mitchell Columbus Regatta – Registration is open for the October event.

Sorry to say, but it is time to think about Winter. The Winter slip request list is open and will remain open until all available slips are filled.  NYC members will have priority until September 20.  After that date, slips will be assigned on a first come first served basis to members and non-members. NYC members that leased a slip last Winter will have priority so are guaranteed a slip if they respond before September 20.

If we have more NYC members requesting slips than we can accommodate, assignments will be by membership seniority.

Fees are the same as last year:

The Winter lease period is from November 1st to April 30th.  Efforts will be made to accommodate Winter slip assignees prior to November 1st and after April 30th on an availability basis.   Send all requests to:  steve.damas@gmail.com

The 2021 Marine Adventure Camp concluded on August 20.  Over 120 young sailors had the opportunity to get on the water and have fun. We are happy to report all went well with no serious incidents or problems with COVID.  We were very fortunate to be able to add two new boats to the fleet this year, Zim RS Zests with bright yellow sails 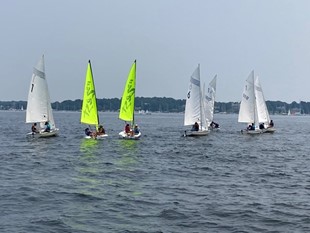 We also had the opportunity to host Newport Mayor Jeanne-Marie Napolitano in July to experience firsthand the positive impact the Marine Adventure Camp has for Newport youth. She met ten youth from the City of Newport who had never sailed before, and who received scholarships that gave them the opportunity to spend two weeks on the water.

THANKS FROM RI BLOOD CENTER

Thanks to all who participated in RI Blood Center’s recent drive. Nineteen donations were received which will help fifty-seven patients. Everyone’s support is very much appreciated!

STORM PREPARATION AND MANAGEMENT THANK YOU!

A special thank you to all of the staff, board and members who helped to prepare us for Hurricane/Tropical Storm Henri. The extra effort was well worth it. No significant damage was incurred and the Club was quickly back to normal!