Please see Club messages regarding other events, including Grill nights in September.

With COVID-19 consuming much of our attention these days, it is important not to lose focus on the few things we can all do to keep everyone as safe as possible. A clear example is the use of face masks. While most members and guests are wearing them while visiting the Club, not all are wearing them properly. Masks are an effective way to protect others so please wear them over your mouth and nose…don’t do it half masked!  Remember, if you are not seated in the lounge, you must wear your mask.

Another simple thing is signing in the log when coming to the lounge. Due to some members signing illegibly or using bogus names, we have had to use a staff member to help sign in members properly during busy times. This unbudgeted cost is yet another demand on our resources. The state of RI requires all businesses to keep a log of visitors to establishments…the NYC takes this obligation seriously.  I bring this to your attention so you can understand the potential impact to our long-range plan to pay off the dock loan 10 years early. Each year, for the next four years, we plan to be making a payment to an investment account so that we can accumulate adequate funds to pay the loan off at the next rate reset. You may recall that we will do this only if it does not drive a negative cash position at the end of the year. Having to use staff to sign members in on top of all the other COVID-related financial impacts could jeopardize this year’s contribution to the loan payoff account. This could mean that we don’t make the total payment this year, putting a strain on the next three years. A result may be that we pay the loan off 9 years early, not 10 which would cost every voting member an extra year’s assessment.  So, if you see a member not signing in or abusing the log, keep in mind that it could affect all of our wallets!

I would like to thank all of the NYC staff who are doing a superb job of keeping the Club running while meeting all requirements levied upon us by the state. If you think of it, remember to thank them when you see them. They are here for us and doing a great job. One point I need to make is that there has been an increase in the number of instances where staff are having to deal with unruly individuals. The predominant source of these interactions is from member’s guests. Please remember that members are responsible for their guest’s conduct while at the Club.

Lastly, there is an upcoming General Membership meeting regularly scheduled for the first Thursday in October. The board is considering options as we cannot hold a meeting large enough to achieve a quorum inside the clubhouse. We are looking at having an outside meeting on Saturday 26 September with a rain date of Saturday 3 October. We were considering renting a tent but that is an expensive option. I will let all members know when the meeting will be well in advance. At this meeting, the second reading of and vote for the proposed bylaw changes will happen, the new slate of officers and committee members recommended by the Nominating Committee will be voted in as well as the nomination and vote for the four members at large. A change of command will take place with a new Commodore taking the helm to lead this fine Club.

Thank you all. Be smart, be safe, and enjoy the Club.

The 2020 Offshore 160 is behind us now.  Tense moments Thursday night and Friday morning trying to decide to go or delay.  With encouragement from Ted Singsen and help from Kristen Wenzel (both Offshore Committee Members) we delayed the start to Saturday 11 July at 1100 versus the Friday start at noon.  We also assigned the short course.  I think it was a good decision and we had very nice weather for the start. Unfortunately, we lost 4 boats probably due to the delay.

There was another race committee out there which graciously decided to delay their start (which was scheduled to begin at the same time, same location and the same VHF channel!).  It went pretty well until we noticed that Bella was headed for the wrong starting line.  Fortunately, he took a left and came through our starting line.

We ended up with 15 boats registered (there were three others but had to bow out before the Zoom Skipper’s meeting), 11 started and 6 finished.  15 by the way is a very good turnout.  Covid-19 itchiness to sail?

There was carnage: Wildeyes lost power, Cepheus discovered a disconnected shroud on the starboard side (even took a video of it) and withdrew just before the only mark, Adventure-us shredded his spinnaker, Alchemy took 3 hours to untangle his spinnaker after rounding the mark, rumor has it that La Defonce had a similar problem after rounding the mark.  Many said it was a slog to the mark and a sleigh ride back.  The heavy boats complained of a light wind period after exiting Narragansett Bay.

The results are posted on the Offshore 160 web page.  Three boats finished in each class thus in the money.  Trophies will be sent out.

First to finish was Laurent Givry on La Defonce at 0814 Sunday morning so the William J. Dubuc Trophy (First to Finish) is awarded to Laurent. Normally Muffin Dubuc hands out this trophy but with no awards party due to Covid-19 restrictions unfortunately this hasn’t happened.

The last boat to finish was Rick Rohrer on Rocinante at 1330 Sunday afternoon.  Rick, amongst others, said it was a memorable ride!

Ken Bordieri on Adventure-us was quite happy with himself that he had improved over the 2018 race where he was last.  He finished 2nd to last this time.

We had 6 first timers to the race and 6 Bermuda One-Two skippers.  Several expressed the desire to do the Bermuda One-Two in 2021.  Club members Jonathan Bixby and James Hennigan participated.

Speaking of Covid-19, we had a skipper’s meeting via Zoom.  We aren’t having the, as the Bermudians say, Prize Giving (Awards Party) which gives everyone a chance to meet and gab about the race. So, we are missing some of the comradery that these races have been known for.  However, I am still planning on the November Skipper’s Forum/Party which could make up for this.

I’d like to thank the Race Committee: Peter Jencks driver and flags, Ted Singsen checking in the boats and start line judge (which was extremely easy this time, folks were real late to the line), me for the radio and horn and Bill Shea was taking pictures which should be posted soon.  By the way Joe Cooper was out watching the start and provided some pictures also.

I’d like to thank Dani Janas, Dock Steward, and crew for helping those boats that braved the yacht club and marina.

The New England Solo/Twin is an annual shorthanded sailboat race with classes for singlehanded (one person) monohull sailboats and classes for doublehanded (two people) monohull and multihull sailboats that started at noon on Friday 24 July in this Covid-19 environment.  This race has been run yearly since 1986 and is run by the Newport Yacht Club. The race starts in Narragansett Bay just outside of Newport Harbor, RI and ran south into open waters between Block Island and Martha’s Vineyard then finishes off of Castle Hill in Newport taking their own finish time.  The skipper’s meeting was held via Zoom and the Awards were not held at the normal time but may be held in November.

There was barely enough wind with an outgoing tide to get the boats started. Fifty boats started at noon on Friday under sunshine.  Due to the very light winds predicted, shorter than normal courses were assigned; the longest being 77 nautical miles long. Light to no wind and adverse current impacted the fleet at several of the rounding marks.  Only 24 boats finished which were helped by increasing winds late Saturday morning.

I would like to mention and thank the people that helped out with this race.

Bill Shea was also taking pictures on a boat being driven by Joe Cooper.

Dani Janas, dock steward, and crew for helping the boats that did make it to the yacht club either slips or moorings.

More information can be found at Newport Yacht Club.

Racing on Tuesdays and Wednesdays started mid-July and we have had a nice response considering all that we are going through this summer!!! It’s been nice to see everybody out there enjoying themselves!!

Racing will continue until the last week in August.  Given the social distancing rules that are currently in place there may or may not be an awards party on October24th.  Save the date just in case they let us out of our bubbles!!

Enjoy the rest of your summer and stay safe!!

We would like to thank those of you that have responded to our request to use your moorings more this Summer so that we could accommodate more transient yachtsmen.  It is being seen in our revenues for this month so helps to offset revenue lost by the House due to COVID-19 restrictions.

The Committee completed the measuring of boat LOAs in the marina and though 13 owners were found to have billing discrepancies, most were honest oversights which could happen to anyone.  This exercise resulted in the recovery of $23,162.00 of slip revenue from the years 2015 to 2020.

September is Winter slip request month, again.  I will send out an email announcing it toward the end of August.  I mention it now so that you can think about what you would like to do for the Winter.

There have been a number of concerns that we have had slips empty while members requests for transient slip space was denied.  There are two reasons for this:  One is that the boat involved had a beam that exceeded the maximum beam allowable in the available slip and secondly that the dock office did not know if the slip leaser was returning or not that night.  If the dock office is not notified that a leaser will leave the slip on any given night, the slip cannot be assigned to a transient.  So, keeping the dock office aware of your float plan can help fellow member transients enjoy the marina as and contribute to Club revenue.

As a result of CV-19, this year’s budget regarding revenue and expenses has changed dramatically.  That said, based on decisions made by the board in March, the club’s fiscal performance for the first half (January thru June) is essentially on budget regarding overall net cash flow. While that is great news, staffing levels and the associated expenses to handle the summer season have been appropriately increased, and the question on the table remains:

Will the member and guest activity in July and August be enough to cover these increased costs?

This is a most challenging year for our club, but we will manage through it 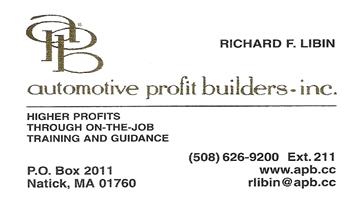 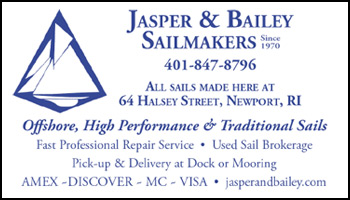 Thank you for reading. Our best wishes to all for a safe and healthy on-water season! 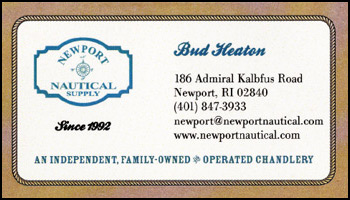 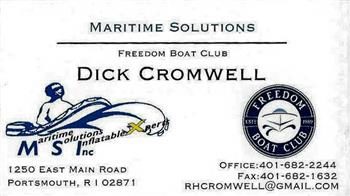 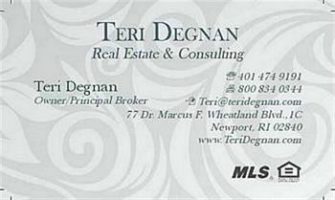 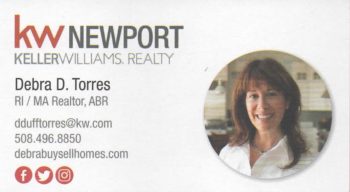 If you have something you’d like to share with the Club membership in the Burgee, please send your submission to: communications@newportyachtclub.org for review and consideration. 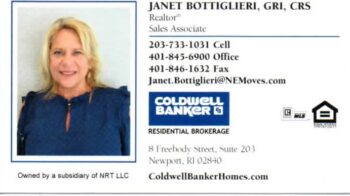 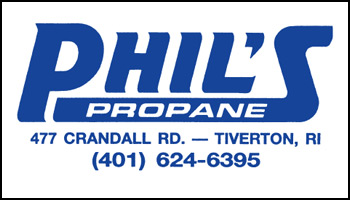 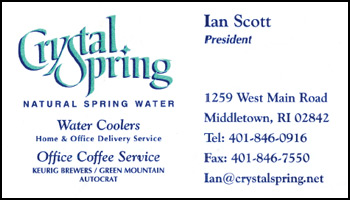 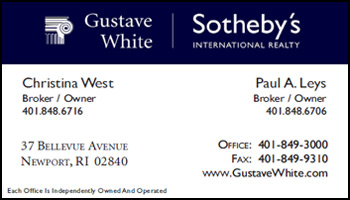