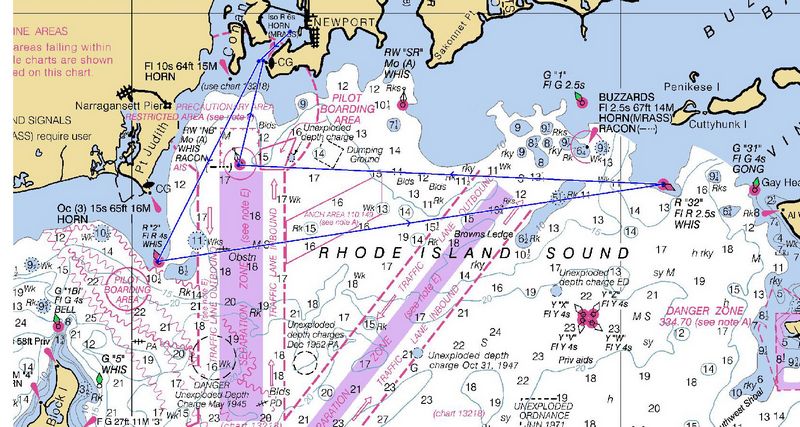 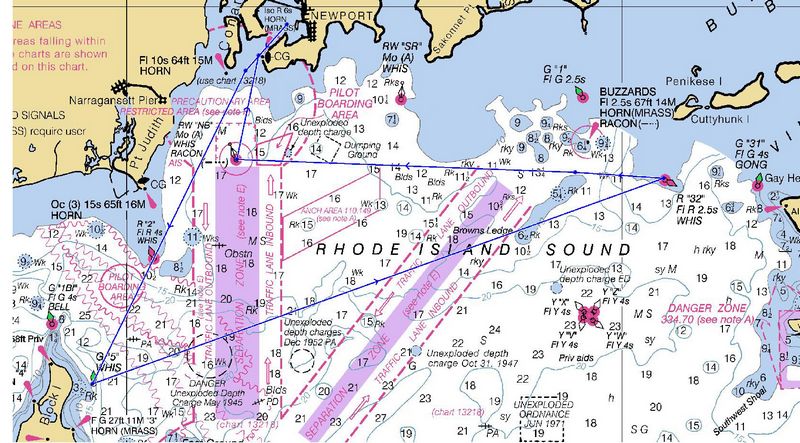 7/28 2100: Goat Rodea called in.  Doesn’t seem to be transmitting well on VHF. Rounded G5 at 9pm with Swamp Fox and Samba just behind.

7/28 1337: Goat Rodea was the first boat to round the first mark the Raycon for Narragansett Bay.  After rounding this mark they head east to a buoy near Gay Head.  There was fog around the Raycon and the winds weren’t bad; 8-11 knots.  Goat Rodeo called in later to say that the wind was dying at 3 knots.

7/28 1300: We got the boats off in a pretty light breeze out of the SE. Three boats weren’t keeping near the starting line and weren’t able to start with their classes: Windswept in Class 2, Expresso in Class 4 and Long Gone in Class 6.  Tough getting back to the line in light air!  27 boats started.  The following boats did not start: Averisera, Drift Away, Finistere, Corvus, Bazinga!, Final Gravity and Triad. Due to the amazing weather forecast of very light winds today and heavy NE winds tomorrow I came up with two new courses of 60 and 70 nm.  Classes 1 and 6 have the RF course and the rest have RE course.