It is hard to believe we are past Labor Day!   I do hope everyone had a great season despite the rain, heat and threat of hurricanes.  Ida sure packed a punch in terms of rainfall.

The Nominating Committee has provided us with a posted slate for the 2021/2022 Board of Directors, after working, since May, to interview those interested in serving for the coming year.  Many thanks to all of you for volunteering to help govern our Club.  Please attend the October General Membership Meeting scheduled for October 7th, if you can.  We will need a quorum to vote in the new slate.

A good time was had by all at the Texas Barbeque on Labor Day weekend.  Great job Linda, Yvonne and Lisa!  Charlene’s cornbread with honey butter is always a favorite too.

Finally, the Classic Yacht Parade, following our last breakfast of the season, on September 5th, featured at least one of our members, with captain and crew, dressed, in period costume aboard his classic yacht, Latitude.  Looking good Mark Marosits!

Newport Yacht Club Member Gail E. (Darcy) Pavlick, age 78, of Newport, passed away unexpectedly on Monday, August 30, 2021, at Rhode Island Hospital in Providence. She was the companion of the late King Cruger.

Born in Providence, a daughter of the late A. Norman Darcy and Claire M. (McCormick) Darcy, she lived in Warwick before moving to Newport 20 years ago. She was a graduate of Warwick Veterans Memorial High School and attended the Community College of Rhode Island.

Gail was employed at the Community College of Rhode Island for 30 years, retiring in 2003 as an administrative assistant in the Computer Resource Department.

She was a member of the Newport Yacht Club, where she was a familiar face, with many friends.

Gail “Darcy” was a unique character, full of curiosity, generous, the life of the party, and always ready to help anyone in need. She loved Naples, FL, meeting with friends at the Newport Yacht Club, Piper’s Grove pool, and life in general. She was energetic, vibrant, taken from us too soon, and has left a big hole in many hearts. Gail will be missed terribly, but remembered always for her warm, generous and kind spirit.

She is survived by two sisters, Constance R. Saugy of Narragansett and Susan Darcy-Allen (Jeff) of Naples, FL and Newport; a brother, Peter A. Darcy (Patricia) of Pompano Beach, FL; a brother-in-law, Ted Casasanta of Narragansett; several nieces and nephews; and the daughters of her late companion, Courtenay Cruger and Vanessa Cruger White. She was the sister of the late Anne M. Casasanta, and the sister-in-law of the late John A. Saugy.

The family would like to thank the compassionate staff at Rhode Island Hospital CCU.

Her funeral services will be private. In lieu of flowers, contributions in her memory may be made to Women & Infants Breast Health Center, Women in Need Fund, 1 Blackstone Street, Providence, RI 02905.

The Regatta Committee wrapped up summer sailing on 1 September. The race was abandoned due to weather and the approach of tropical storm Ida.

Final scores will be announced and awards will be given at the awards night Friday, 22 October at the Club.  We have had many volunteers staff the committee boat, set the course and tally the scores. Their time and willingness to support this effort is greatly appreciated and the Regatta Committee looks forward to working with all of them next summer.

As they say in Texas, those at the Club’s Texas BBQ were happier than all git-out! This is just one of many great events put on by our Entertainment Committee. Watch for more in the months ahead. 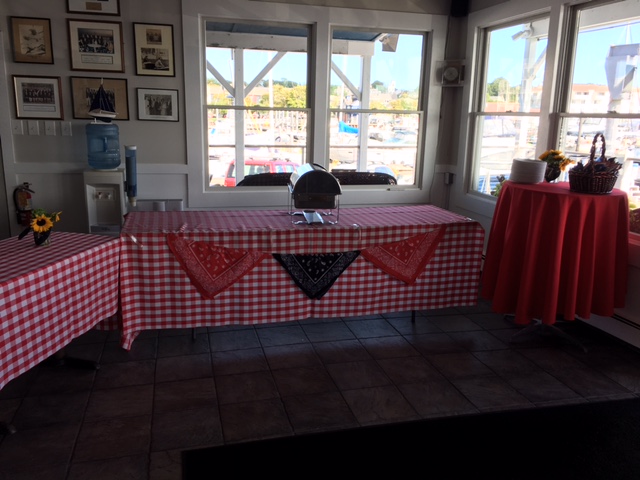 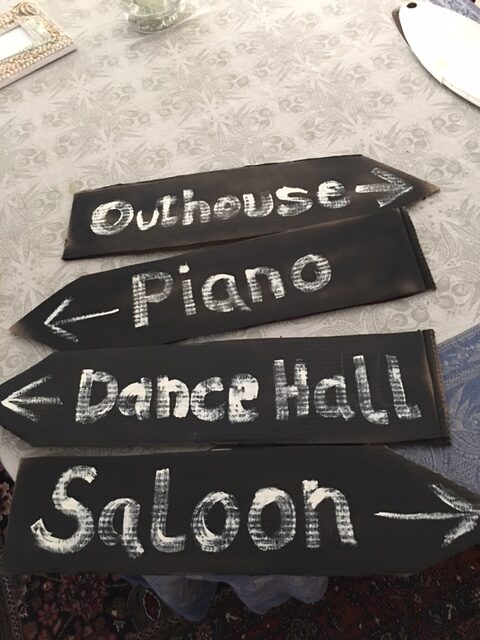 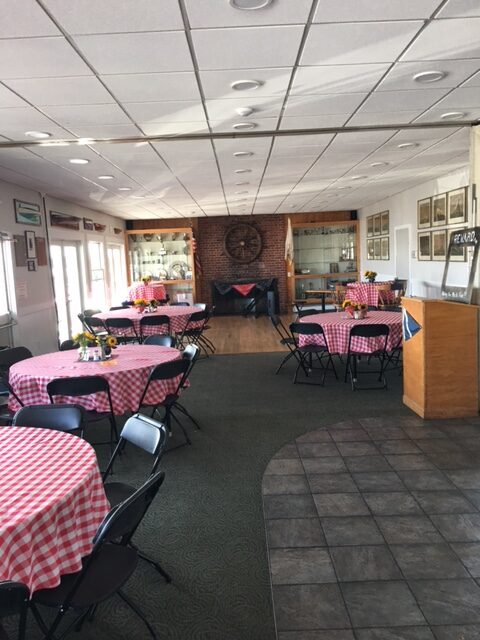 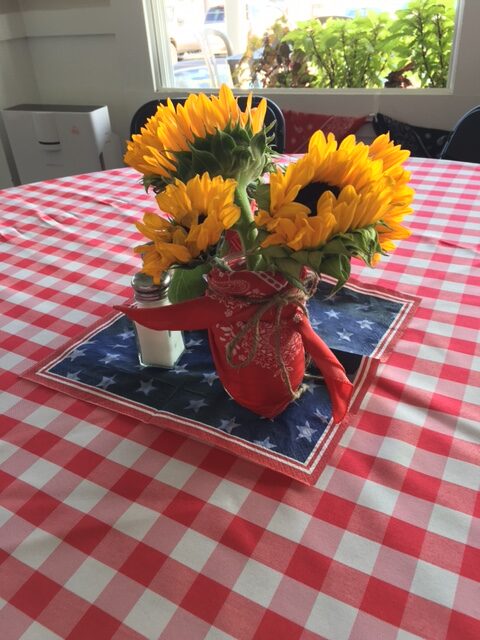 Please note that launch hours have changed. Launch service now ends 30 minutes after sunset. And, beginning October 12, it will change to limited service. Thanks!

Every year NBYA holds the Yacht Club Challenge Regatta open to three boat teams from any sailing group on the Bay.  We have been trying to increase participation by making it easier for you to get a team together.  This year we are combining the Challenge with our Fall Regatta which is a typical event open to all monohulls.  The racing will be at the mid-point of the bay, Half Way Rock, on September 19.

One entry fee of $40 allows a boat to compete in either the spin or non-spin class against all the rest of the registered boats.  If you get three boats from your club who are racing in a class, you simply have to notify Ron Hopkins (mailto:nbyaadmin@nbya.org) that your team will also be competing for the Swanson and/or Bay Cups.  The team members will then also be scored against the other teams so they can get individual awards as well as the team award. See the NOR and other information here: https://yachtscoring.com/emenu.cfm?eID=14796

The Mitchell Columbus Regatta is still planned for 9-11 October. The 2023 Bermuda One-Two has been scheduled for 2 June 2023, please mark your calendars!

The Bermuda One-Two Skipper’s Party  will be held on 6 November.